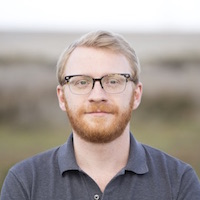 One important aspect of maintaining codebases over time is automated testing. The talk will begin by briefly introducing testing trends in imperative languages like Ruby and Objective-C. Then, we examine how large Haskell codebases are tested–for example, how does Facebook test its Haskell applications?

Based on this brief history of automated testing, we identify opportunities–as well as challenges–in testing Swift applications. Some key questions to address include:

I develop core libraries at Facebook in New York. You may have seen some of my colleagues speak about our functional UI component library used to render News Feed at the @Scale Conference.

I'm also the creator of the Swift testing library Quick, as well as a core member of the Kiwi testing framework.